Zheng is from Bejing, China and has been influential to my art because of his ability to create collage type images and he doesnt lose his focal points. When working on my own Artist book I found that my methods usually lead to a collage type effect. I found it difficult to maintain a focal point amoung the many different images and shapes I was creating. However, Liu Zheng’s work shows that he has mastered digital art and has created very aethetically pleasing work that doesn’t look messy. His work is sharp and fun to observe.

Liu Zheng grew up in a developing city of China which allowed him to be inspired by traditional and urban work. His work is very reminiscent of chinese culture but with a futuristic spin. It is very interesting that after school he decided not to go on to further schooling, as traditional chinese students did, and instead start his career in the art world. This is impressive because working with digital media is difficult to understand at first and having little guidance can leave you in confusion. He has a natural talent and eye for shapes and composition within a digital work. I enjoy his work and he inspired me to work on organization of my images as well as simplifying my messages.

He also designed some work for Tiger which is a beer in asia that I was able to drink while i was in Vietnam and that beer is one of the most popular beer in asia. That is a huge job that he was able to get as a digital artist. 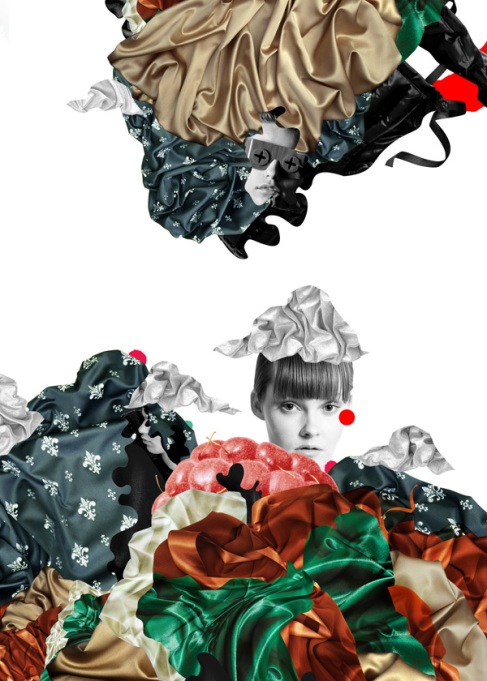 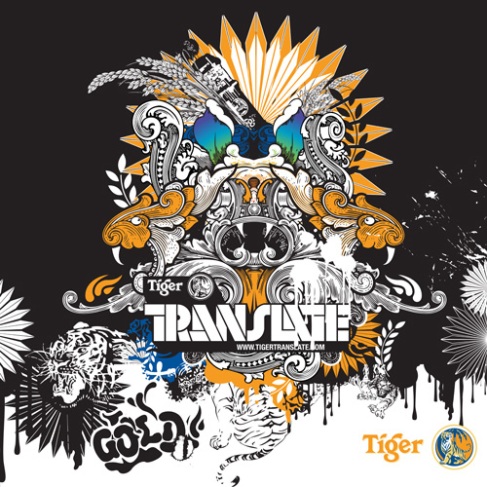 As a calligrapher I admire his skill and creativity. I love how he can make his writings so artistic and visually pleasing. I, personally, find writing and script of any kind difficult to do evenly, proportionally, and effevtively. I have handwriting like “a doctor” so to speak. So, i take a special interest in work like Brody’s and Randy’s because their attention to organization of their words and letters to give a mood to their work. I love that Brody can write in so many different languages and styles. His work is admirable.

This movie was very erotic but in a way that emphasized the use of text and flesh. I think that this movie reminds me of how we use tattoos today and how they are used to remember family, express yourself, and create a legacy of work. What Ewan McGregor and Vivian Wu do with their writings is far different from tattooing but the same idea is behind the purpose of the text. This act of writing on bodies also reminds me of the henna I played with from the Zentangles. There is beauty with the shapes of the writings not only in what it says. Also, i think that having another person write on your body can be therapeutic and artistic for both the writer and the canvas similarly to henna and zentangels.

Dettmer’s work is insanely detailed and layered with imagery that i never though could come from the pages of a book, unless through pure imagination. Dettmer brings his fantasies to life with each book and through each of the pages he cuts through. I love how he says that  “Nothing inside the books is relocated or implanted, only removed” deepening the understanding of the passion he has for his work. Working on my own altered book I understood how difficult it was to cut through pages and make a pattern. I only cut through about 5-6 pages to make my designs but Dettmer uses multiple books and thousands of pages to create his masterpeices. This man is BRILLIANT!! 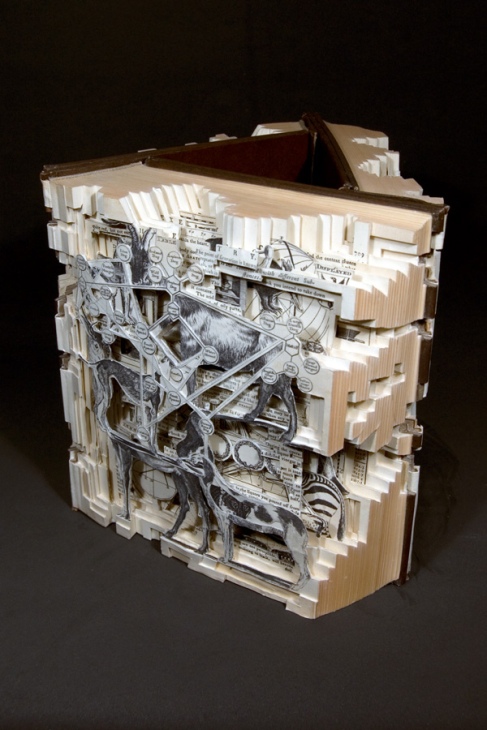 I love this form of art. I think that doing zentangles would be very therapeutic and rewarding. However, when doing my own zentangles i found it to be somewhat frustrating. They take time and concentration. I found myself wanting to see results immediately after doodling a few lines, i put too much effort into planning a design. To better understand zentagles i looked into the art of henna designs. when understanding how henna design are done as a form of relaxation and self empowerment i was able to understand how to make shapes and later they started to come together to make beautiful little designs like the ones i saw in class. Zentangles influenced me to learn more about this therapeutic act which resulted in my own henna drawings which i was able to use in my final book. Zentangles in other words are interesting and motivating. 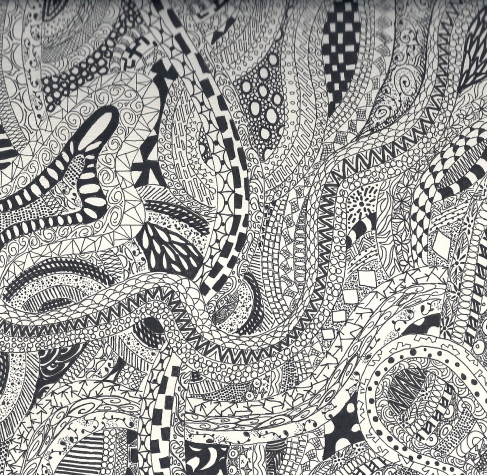 Looking at Laura’s work i found that it was very reminiscent of grafitti, this is what was most appealing to me about her work. It made sense that should would call her work “Calligraphitti” considering the lettering she used was calligraphy.

The many layers in her work inspired me to work with layering in my book. I like how you could she she used script in her work but it was not about what she was saying with the letters but with the image. I really enjoyed her work and hope to incorporate some of her style into my own work.